Its been a whole two weeks since we last met and I know your palates (mooth not exercises!) have not been tested well since then. This week sees the return of the world-famous Guess the Wine Competition.

There will be FREE nibbles strewn along the bar in a seemingly random way. The bar shall open at 5.32pm Dod willing. Where is he now?

Rugby. This Sat we are back to business in the league when Cartha QP Rfc visit. They are only two places below us and 10 points the difference, but this will not be easy. The Titans are playing Marr 2’s. 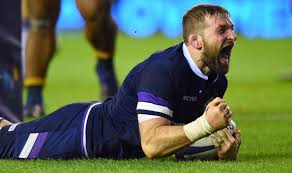 This week in history. In 1874 six years before the Rugby Club was formed Winston Churchill was born. It took a few years but he came to Dundee as an MP.

Winnie a promising dominant 2nd row never played for DHSFP as he “didn’t have time to train” well boohoo. No commitment.

Raffle prizes are welcomed to replenish the store so if you have any bottles or other items that would be good raffle prizes please get in touch with Shelagh A (1IC Raffles) or any Club official. No Blue Nun thanks we have enough already!

Titans game scheduled for this evening is off, the pitch is frozen and unplayable.

Please ensure you arrive for 18:15

Ulster man Lewis McNamara is a new comer to Mayfield this year, and has impressed with his performances on the pitch.

He is no stranger to media attention off the pitch as well having captained his School side to glory in the Ulster Schools Cup final. Have a look at this belter of an interview

We are looking for a caption to go along with this fantastic image so get your entries in!

If you fancy a Kelly Bronze why not visit www.southpowrie.co.uk

Here is some more Turkey Time

Would members, supporters and players please note that two documents are available now for their digestion which were received this morning from the SRU.

One of these is headed “Agenda 3” which is the SRU document on amateur rugby and the other headed “Super 6 Tournament” is about the new League that will replace the Premier League. The Club would be happy to hear from as many as possible to inform the debate. Any comments or questions can be addressed to any committee member or to myself at, gerry@ppinvest.co.uk

Scotland battled to a narrow defeat against the World number one side, New Zealand, 17-22 at BT Murrayfield.

And although we still haven’t beaten the world champs in our history, we are edging closer. But what did we learn about our national team from this weekend’s encounter?

For more top commentary and analysis of the Scotland Australia game, why not pop down to the clubbie to watch this week’s game. We’ll even put the heating on and put a few pehs in the oven. We take no responsibility if you have to listen to the opinions of Rob Lunn or Jon Mussen.

Unfortunately, due to a front row crisis with five props either injured or unavailable. We have no emergency cover forcing us to concede the tie against Marr this weekend.

This is obviously a disappointment, but with the available front rows not being tried at this level there is a serious safety concern.

The lunch club is still going ahead for those looking forward to the usual Mayfield hospitality.

The next TFI™ Friday will be the 1st Dec prior to our home game v Cartha on 2nd Dec. This due to selfishness of globetrotting volunteers. We cant name them for legal reasons but lets just call them Len and Kindla J (not their real names!) Other volunteers are also away at this time (Tennis, Golf in Spain and Portugal cited as reasons!!) So the next two TFI ™Fridays are on hold. We encourage our refined guests with equally refined palates to keep up their tasting skills until we meet again. NO FREE nibbles shock for two weeks screams the Courier headlines! Bar NOT to open at 5.30 ish.

RUGBY stuff. Next Sat 18th Nov we host Marr RFC in the Cup here at Mayfield with a 1.30 KO. The Mighty Titans have their next game scheduled as Thursday 30th Nov at Strathmore under lights with a 7pm KO. – Subsequent to this notice we have had to withdraw due to a front row crisis

This week in history. In 1882 only two years after the rugby club was formed one of the Eagles Billy the Kid met an unfortunate end. He never donned the Crown after that. Good kid that Billy.

In 1956 Elvis makes film Love me Tender. (Next Text deleted by Ed) There is much more history to report on but time and space forbids more here until next time.

Plan for the Presidents New Years Party this year on the 1st January starting at 1.30pm. Come and first foot the Rugby Club in the traditional way. Bring a few nibbles to share!

We hope you have an enjoyable Rugby experience this week and next.

1 ticket available for Scotland v NZ this weekend at the bargain  price of £40.It is in the North stand. END_OF_DOCUMENT_TOKEN_TO_BE_REPLACED

What a week that was! Went in a proverbial flash. Last weeks wine was a true classic of Chilean Viniculture from Australia a light coloured Pinot Noir and a nutty Double Gloucester Cheese a very acceptable pairing. FREE nibbles© were a delight with double baked bacon and other things which were braw. What delights will we taste this week? You will need to come along and find out. This week the bar opens at a new time of 5.31 because the roadworks at Lochee Rd are sorted.J

No Club Rugby this week as the Autumn Internationals will have started.

BUT you can watch the first of these in your Clubhouse! Scotland v Samoa Bar opens at 1.45 on Sat with the KO at 2.30. Must be something FREE so…feel free to bring something!

Next home game on 18th Nov is the Cup game v Marr who are doing quite well in the Premiership. Great to welcome back our chums at Marr and of course Kaleem Barreto who is doing very well for them.

Caleys Reds v The South was played on Tuesday night with the South emerging as winners. George Arnott and Danny Levison played a good part in this but Alan Brown was injured so couldn’t play. Colin Sangster was head coach. A good turnout from the Dundee High Rugby brigade there as well in a supporting cast.

This week in history. In 1887 the first HSFP Rugby Club medic Doc Holliday died of TB. He only served 7 years since the Club started in 1880. He was a bit of a troublemaker and had an on off relationship with then President Jim Scott.

In 1875 just before the Rugby Club got off the ground Chiefs Crazy Horse and Sitting Bull were declared hostile from the US government! Well Sherlock if you try and kill them all and drive them from their lands what do you expect. Both were promising back row players. In 1918 WW1 ended with some lessons learned?

Hope you have a great Rugby weekend. Come on Scotland.